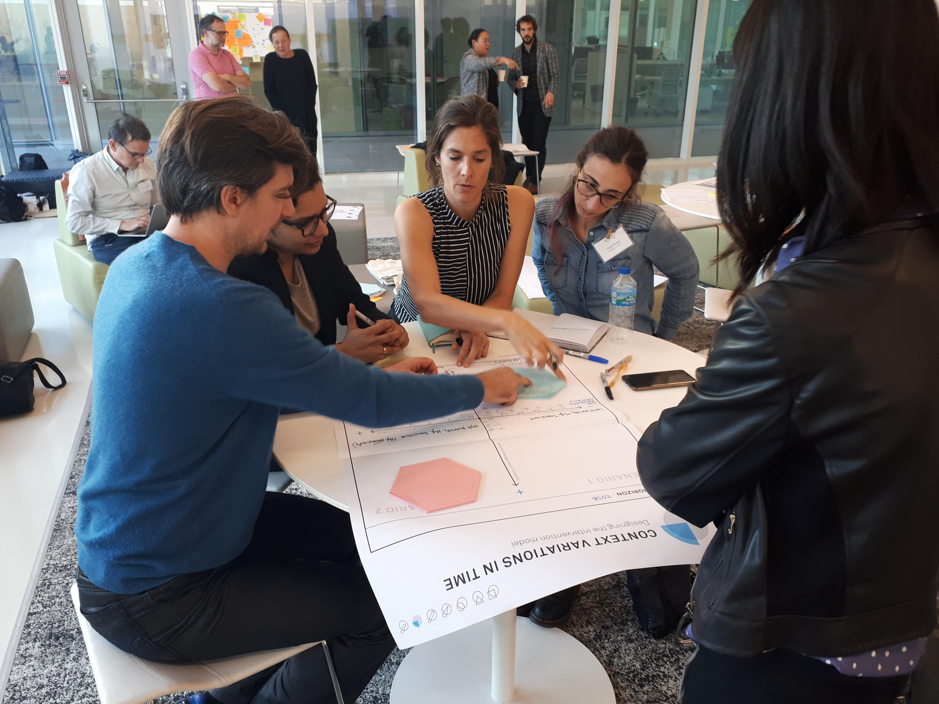 On October 19th, the Systemic Design Toolkit team led a workshop at the 8th annual symposium of Relating Systems Thinking and Design (RSD8), held at Illinois Institute of Technology (IIT) in Chicago. The team consisted of Kristel, Sabrina and Stefanos from Namahn, and Andre Nogueira, a visiting scientist at the Harvard T.H. Chan School of Public Health.

The workshop titled 'Designing sustainable futures' focused on the food waste in Chicago. Its goal was to design a set of interventions that would tackle this issue and introduce variations of such model, enabling it to work in different contexts of time and space. Food waste is a remarkable challenge in large cities such as Chicago since its creation occurs at different stages of the production and consumption system. Also, the scale and diversity of the city’s aspects make it more difficult to conceive and implement sustainable approaches.

As a starting point, Andre provided information from his research project on sustainable food systems, led with a systemic thinking approach. This project gathered data from field research, a workshop with five design firms, the co-creation of a conference, and the application to gain funding for community engagement. Based on his input, the workshop participants implemented the system dynamics map to overview the main research findings.

Once the leverage points were identified and mapped, the groups studied where they could have influenced the system according to their professional role. The participants selected the leverage points they could intervene as they observed the factors which were not under control. These could consider food-management regulations, financial constraints of individuals/organisations, etc.

On the next step, the teams were asked to generate ideas to intervene in the system. Participants drew inspiration from the intervention strategy cards, displaying the areas of intervention defined by Donella Meadows. They phrased their ideas as activities, wrote them on hexagonal sticky notes, and placed them next to each other to highlight possible connections between them. This way, the teams identified a preliminary set of possible interventions.

In the exercise of reinforcing and improving ideas, the participants were invited to browse two card decks: Namahn’s Paradox Cards and Takashi Iba’s Pattern Cards. The latter is a collection of behavioural properties that, according to their creator Takashi Iba, represent the “wholeness” of human activities. The groups used these properties as an inspirational tool to understand how the ideas could connect better to each other and act as a consistent set of interventions.

After drafting their set of interventions, the teams explored their possible variations in time and space. The goal of this exercise was to understand how to adapt the intervention model for it to be effective and resilient in a variety of possible settings, with the assumption that one set of interventions cannot fit them all. Therefore, the model would account for uncertain future scenarios (e.g. an economic crisis) and spatial contexts (e.g. different neighborhoods).

To explore variations in time, the groups placed 'uncertain' leverage points on a two-axis matrix,allowing them to visualise four different ways to which the factors out of control might evolve.

Afterward, the groups analysed the contextual variations in space that could challenge their intervention models. To assist the teams, Andre and Rodger Cooley, Executive Director of the Chicago Food Policy Action Council, provided information about two very different neighborhoods in Chicago. These were South Loop and Back of the Yards, characterised by different population density and type, average income, educational levels, institutions, and access to food facilities. By identifying the crucial determinants exerting an impact on their intervention model, the groups placed such factors in a spider diagram and used them to describe the various neighborhood profiles.

After describing diverse future scenarios and neighborhood profiles, the participants went back to their set of interventions with the following questions in mind: Would the different interventions work effectively in all the examined cases? How can we make them applicable and efficient in different circumstances? At this stage,the groups culminated their brainstorming by refining the existing ideas and adding new activities to their intervention model.

The session concluded with a plenary round of feedback. By implementing the tools, the participants were invited to reflect upon the importance of variations in design interventions. Indeed, the “one size fits all” paradigm hardly leads to systemic change, especially when working on a large scale where variety is a crucial factor. Therefore, it is essential to define a set of interventions first on a general level, then adapt it according to the possible contexts in time and space. 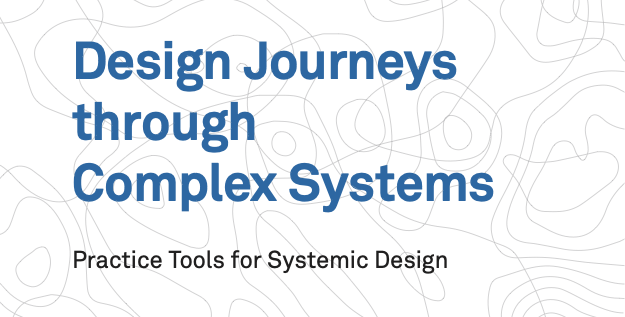 Design Journeys through Complex Systems collects years of experience, over a decade of theory, and leading thinking practices to deliver a map for change-makers that helps them embrace the power of systemic design. 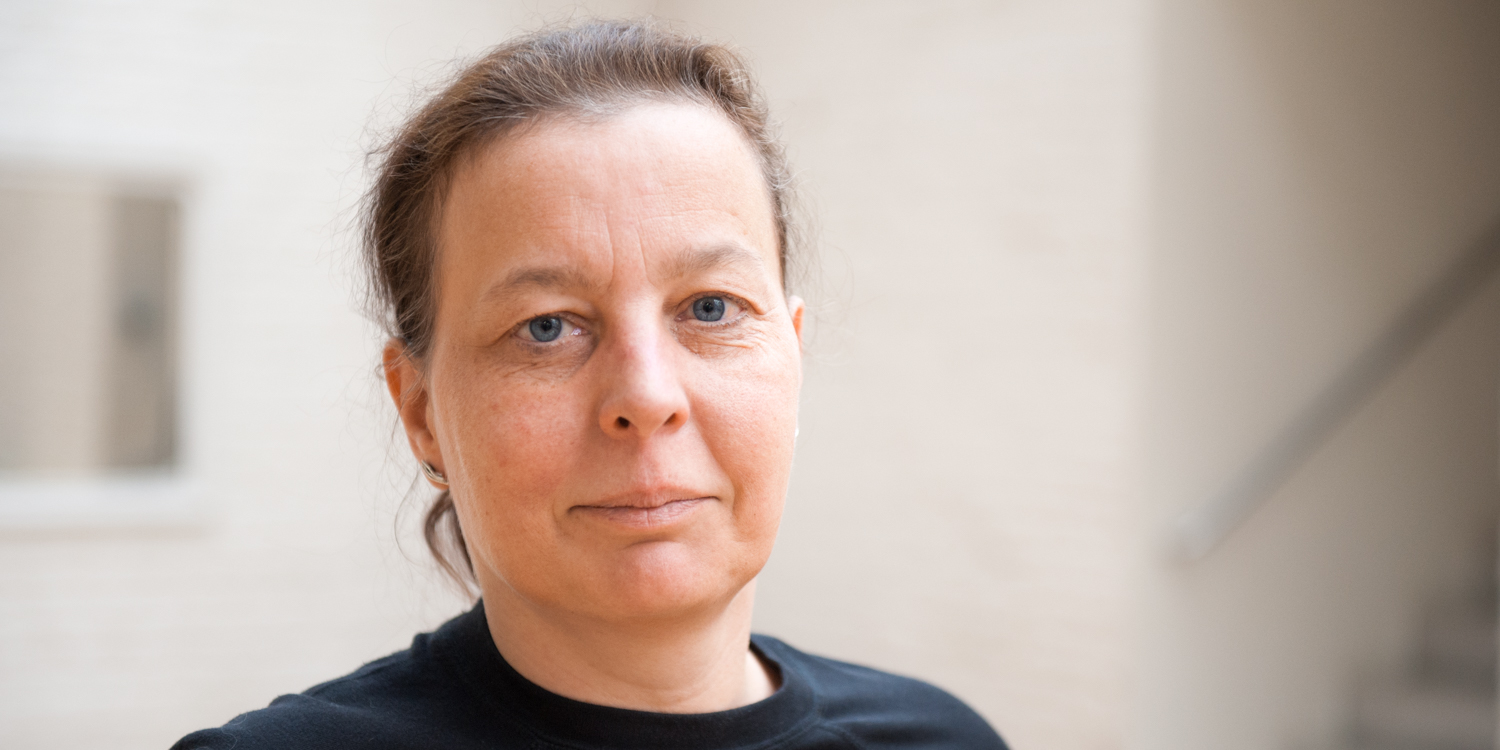 Namahn gave a systemic design workshop at the Interaction20 conference in Milan.